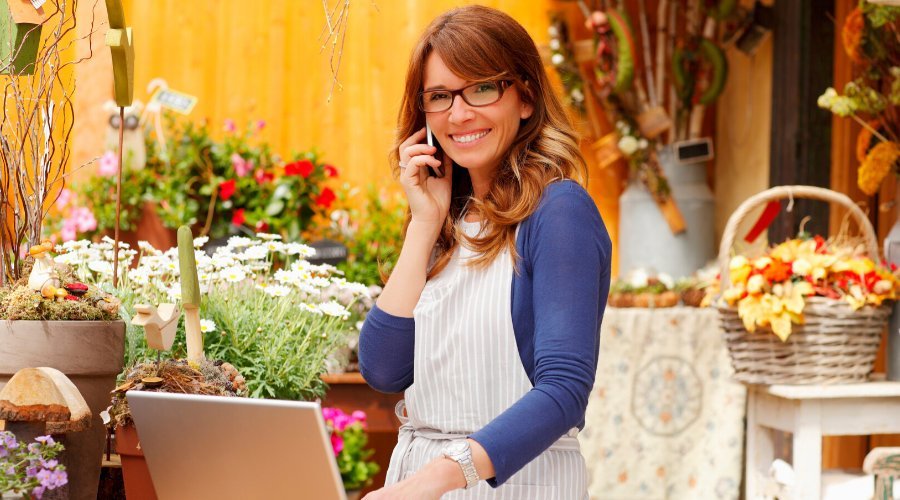 Why your business should be on social media

Social media has become a phenomenon that connects the vast majority of us via different platforms. Social media platforms also allow businesses, large and small, to get their brand out before a broad audience.

There is also an expectation that you need to be on some form of social media if you are in business. Consumers want and expect to be able to contact, connect, and interact with your business.

Know your customer base

There is no point having an account on a social media platform if you are not going to post to it for months or even years at a time. Just as disheartening is when a social media account is receiving engagement (comments, likes, shares, messages), but nobody is checking the social media account. All those potential avenues for building client relationships are lost.

Facebook Pages and Groups work well for many small businesses, simply because Facebook is one of the most popular social media platforms. Facebook is said to have 69% of adults in the US using their platform. Additionally, of that 69% of US adults, just over 50% are reported to check into Facebook at least once a day.

Gaining organic (not paid for) traffic to your Facebook Page is not as easy as it once was. However, a Facebook Page can still be extremely useful for small business owners.

Unfortunately, not everybody that follows or likes your Facebook Page will see all of your posts. Statistics from 2019 indicate that as little as only 6.4% of your total Facebook Page followers may see your posts in their Facebook newsfeed.

Using Facebook Live is reported to be the most effective way of generating organic Facebook traffic. While going “live” can be somewhat nerve-wracking, many articles have tips and suggestions on how to use Facebook Live.

For those that find the idea of going live a bit overwhelming, Facebook has other options for videos uploaded to Facebook Page accounts. You can opt to debut your video as a premiere, or a special watch party.

A Facebook premiere video is said to get almost the same amount of organic traffic as a Facebook Live video, but without the stress and anxiety of doing a live broadcast. It can also allow you to interact with the viewers during the premiere, which may be more challenging to do while broadcasting live.

When you schedule a video you have uploaded as a premiere, a post informing followers of the upcoming premiere is posted to your Page, along with a “get notified” button. People that chose to be notified receive a reminder about 20 minutes before the premiere begins and a second notification 3 minutes before the video premieres. This can help boost your video views, as opposed to the numbers that might see it if you just upload the video as a post.

There is also the option to host a Facebook Watch Party. You can invite others to watch a video with you (a prior live, saved, or suggested video), and you and they can comment on the video as it is playing.

Facebook also has its version of stories. You can upload short videos or images that will show up in the stories section for 24 hours. These stories often feature at the very top of the Facebook feed.

Facebook might be one of the most popular social media platforms, but it’s also the most jealous of the platforms. Facebook doesn’t want its users to leave Facebook, if at all possible. So, when you are posting videos or links from other sites, it helps to have some strategies in place.
If you have recorded a video, you could upload this to your YouTube account and then share the link in a Facebook Page post. However, your video is more likely to show up in the newsfeed of your followers if you take the time to upload the video to your Facebook Page and share that version with your followers rather than the YouTube version. Uploading videos to Facebook will also allow you to put your videos into playlists, just as you can on YouTube. YOu can then separate your videos into different categories.
If you wish to share an article from your website, there are ways to make it more likely that people will see your post about it. Instead of just uploading the article to your post directly, you should upload a photo and mention that the link to the article will be in your comments section.

One advantage of this over posting a direct link is that you can tag products from your Facebook Shop in posts with pictures/videos uploaded via Facebook. If you want to schedule posts on Facebook, the recommendation is to use the Facebook Page scheduler to do so. Other schedulers such as Buffer can do this, but it is only in the Facebook Scheduler that you can tag your shop products (as long as the scheduled post is not a link to another website).

The Facebook Page insights will allow you to see when people are viewing your content as well as a breakdown of their demographics. This helps determine when to schedule content (even if you are using an outside scheduler).
The Facebook Page also allows you to add “Pages to Watch.” This feature will enable you to add a competitor’s Facebook Page. It gives you a weekly overview of their statistics compared to your own. The statistics include their total number of page likes, what percentage of those likes have been acquired in the past week, how many posts they had that week, and the amount of engagement that week. It also has your statistics listed so you can compare yourself to them.

There are many people on Facebook, and generally speaking, they are there to connect with friends and family. Some people recommend posting on Facebook several times a day. Still, I imagine there are very few accounts that most people would welcome seeing multiple posts from every day.
In a similar vein, most people don’t want to be sold to all the time. A ratio of 80% content that is of interest to your followers and 20% selling or promoting your content is often the sweet spot for many social media accounts.

If you want to engender a close community, you can start a Facebook Group connected to your Facebook Page. With a Facebook Page, you can give more one on one focus to followers. You may choose to offer this to anyone, or as a special bonus only available to buyers/subscribers to your services.
You can opt to have units of information in Facebook Groups for members to learn at their own pace. Discussions (posts) in groups are searchable, and you can recognize members that are particularly responsive with various badges.
As groups grow, the need for monitoring grows. It is often a good idea to have admins available to make sure that people are not spamming the group, and that members remain civil toward one another.

Facebook Pages also have their own Facebook Messenger. You can elect to have automated responses, have your messenger answer frequently asked questions, or allow others to message you directly. Your Facebook Page messenger can be added to your website as well.
You can also connect Facebook Messenger to a chatbot that can take on some automated processes for your business. You can set the chatbot up to anticipate what people might be interested in learning about your business or notify subscribers of updates. People can subscribe to your bot, although there are strict rules about whom you can message, how often, and what type of content the bot can send.

I Use & Recommend Publer

I Use & Recommend SiteGround

I Use & Recommend Canva

Continue Shopping →
Item added to cart.
0 items - $0.00
Checkout
We use cookies on our website to give you the most relevant experience by remembering your preferences and repeat visits. By clicking “Accept”, you consent to the use of ALL the cookies.
Do not sell my personal information.
Cookie settingsACCEPT
Manage consent

This website uses cookies to improve your experience while you navigate through the website. Out of these, the cookies that are categorized as necessary are stored on your browser as they are essential for the working of basic functionalities of the website. We also use third-party cookies that help us analyze and understand how you use this website. These cookies will be stored in your browser only with your consent. You also have the option to opt-out of these cookies. But opting out of some of these cookies may affect your browsing experience.
Necessary Always Enabled
Necessary cookies are absolutely essential for the website to function properly. These cookies ensure basic functionalities and security features of the website, anonymously.
Functional
Functional cookies help to perform certain functionalities like sharing the content of the website on social media platforms, collect feedbacks, and other third-party features.
Performance
Performance cookies are used to understand and analyze the key performance indexes of the website which helps in delivering a better user experience for the visitors.
Analytics
Analytical cookies are used to understand how visitors interact with the website. These cookies help provide information on metrics the number of visitors, bounce rate, traffic source, etc.
Advertisement
Advertisement cookies are used to provide visitors with relevant ads and marketing campaigns. These cookies track visitors across websites and collect information to provide customized ads.
Others
Other uncategorized cookies are those that are being analyzed and have not been classified into a category as yet.
SAVE & ACCEPT
Powered by